Last week we announced the first wave of artists for bluedot 2020 with Björk, Groove Armada and Metronomyset to headline the fifth instalment of the award-wining music, science and culture event at Cheshire’s iconic Jodrell Bank Observatory. British Astronaut Tim Peake was also announced as the first science headliner. 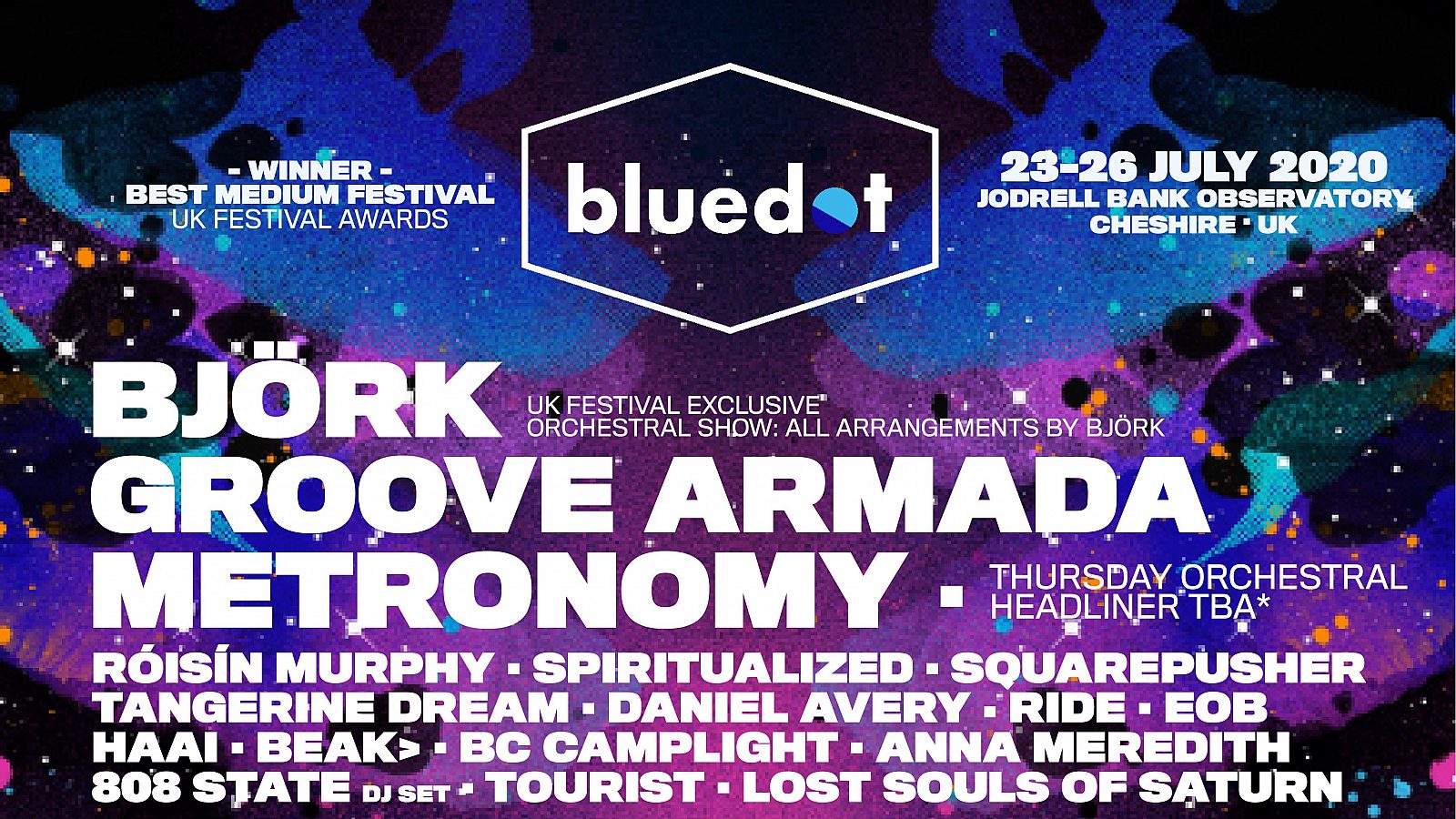 One of the most influential and ground-breaking musicians of all time, Björk’s festival exclusive set will close bluedot with a uniquely commissioned performance alongside Manchester’s famed Halle Orchestra featuring incredible bespoke projections on the Lovell Telescope.

Also topping the bill are indie-electro giants, Metronomy. Following rave reviews for their latest studio album “Metronomy Forever” the electropop pioneers will take to the main stage on Saturday to deliver a wonky nu-disco set full of dancefloor masterpieces and stone-cold crowd pleasers.

Confirmed for Friday night is one of the planet’s best-loved dance acts, Groove Armada. With a career spanning more than 20 years featuring chart-topping hits such as “Superstylin” and “I See You Baby” it’s safe to say their live show will open bluedot 2020 with a party!

Tim Peake, the first British ESA astronaut to visit the International Space Station and best-selling author, will also be speaking at this year’s festival.

Carousel secured coverage in over 65 titles for the first announcement including BBC News, NME, Mixmag, Clash and DIY alongside an exclusive interview with headliners Metronomy on 6 Music. Regional partners I Love MCR and Manchester’s Finest covered the announcement extensively with features online and across their newsletters. The bluedot 2020 campaign will also include working with key blogger ambassadors, placing VIP competitions, national and regional news stories and announcements, plus a busy onsite press office during the event itself.

With the full science, arts, culture and family programmes still to be announced it’s set to be an exciting couple of months!

To see the full bluedot line up click here or get in touch with us now to learn more.