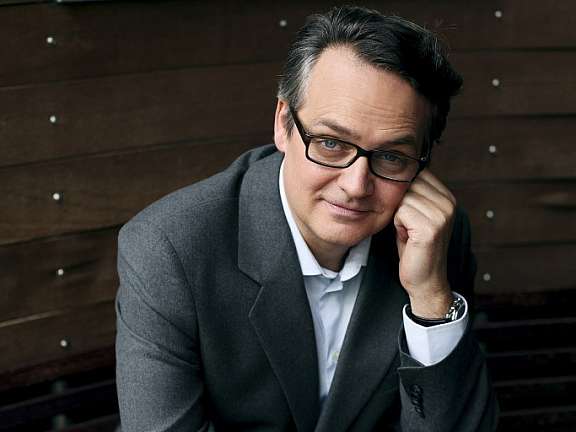 The multi award-winning Festival No.6 today announces its first brilliant arts and culture line-up, including acclaimed best-selling authors, comedians, poets, film-makers, artists, a new cinema and another new stage in the heart of Portmeirion. They join an outstanding music line-up that already includes Beck, London Grammar, Bonobo and more.

With more cultural names still to be revealed, including some very prolific headliners, the 2014 cultural offering looks set to the most exciting to date. Festival No.6 takes place over the weekend of the 5,6,7 September, 2014 in the stunning village of Portmeirion, Wales, home of cult TV series The Prisoner.

A festival like no other, No.6 is a pioneering concept bringing together music, arts and culture in the most incredible festival location you will ever see. It is the only festival in the UK to boast its own annual carnival, resident choir and composer-in-residence.

There will be a special Dylan Thomas centenary tribute featuring actor Rhys Ifans, director Kevin Allen (Twin Town), BBC6 Music poet-in-residence Murray Lachlan Young who are currently filming a big screen adaption of Under Milk Wood. They will be joined by BBC6 Music presenter and author Stuart Maconie and many more.

The brilliant literary line-up includes author and creator of The Fast Show Charlie Higson, fellow Fast Show star Simon Day, and Shlomo, the World Record holding beatboxer who’s worked with everyone from Damon Albarn to Bjork. Julian Cope, one of Britain’s most influential songwriters, will read from his debut novel One Three One, a festival first.

The genius film-maker, novelist and critic Jonathan Meades will talk about his new memoir An Encyclopedia of Myself and UK’s leading food critic Jay Rayner (The Observer, The One Show) will explain why he is A Greedy Man in a Hungry World.

The wonderful 91-year-old author Harry Leslie Smith will explain that the future is ours for the taking and award-winning Young British Artist Gavin Turk will discuss his career. After their sell out South Bank event last week, Letters Live comes to No.6 featuring Matt Berry (The Mighty Boosh, The It Crowd), top comedian Sara Pascoe and other special guests.

There will be a special screening of the Welsh classic Twin Town, directed by Kevin Allen and starring Rhys Ifans and Llyr Ifans, with a mini cast re-union, plus the festival premiere of The Living Room by Shane Meadows (This Is England, Made of Stone) about musician Gavin Clark, followed by a Q&A and exclusive live set.

There will also be exclusive screenings of From Here to Before about 60s chanteuse Vashti Bunyan with the legendary Joe Boyd (Pink Floyd, Nick Drake, REM) and acclaimed author Jon Savage (England’s Dreaming) will introduce his new Teenage film. St Etienne will perform a live soundtrack to new film How We Used To Live, a festival first. Jonny Owen, Vicky McClure (This Is England) and Alan McGee (founder of Creation and the man who signed Oasis) will introduce a special screening of Svengali. New for this year is the Speedlearn Late Night Cinema, curated by Finders Keepers, and the No.6 Children’s Cinema, in association with the BFI.

Bez (Happy Mondays) who plans to run as an MP and is campaigning to save bees, will host Bez’s Question Time, where he will joined by politicians and activists to discuss everything from bees to Es.

Other exciting new additions include The Quietus hosting an afternoon stage, featuring their favourite artists talking about their secret passions including the likes of Luke Haines (Tindersticks) Stephen Morris (New Order) and Tim Burgess (The Charlatans) and an exclusive performance from Grumbling Fur, voted Quietus album of the year.

Also new for this year are the No.6 Master Classes, including taste classes in photography, novel writing, poetry, music production, singing, wine tasting, urban sketching, philosophy and star gazing, all led by experts in their field.

The wonderful Brythoniaid Male Voice Choir who for many have become the unsung stars of Festival No. 6 return for the third year and are already rehearsing special cover versions. Their cover of New Order’s ‘Blue Monday’ was a Youtube sensation.

The acclaimed Joe Duddell returns as Composer in Residence (another UK festival first). Joe will be working some of the great musicians at No.6 to create a series of unique, bespoke performances over the weekend.

After the huge success of last year, The No.6 Carnival has been expanded to twice the size. Those who want to take part in the festival can register beforehand to get a free carnival costume and play a leading part in the only carnival at a UK festival.

Salon No.6 returns by popular demand, hosted by the founders of Salon London and Salon North, award-winning screenwriter and author Helen Bagnall and leading vocal coach Juliet Russell. Salon No.6 will present three days of talks and discussions on the subject of Sex, Drugs and Rock’n’Roll.

Private Eye’s longest serving cartoonist Tony Husband, will be hosting a cartoon confession booth in the village. Confess your sins to Tony and he’ll capture them in a personal cartoon for you.

This year also sees the introduction of The Secret Outlaws Camp for children at No.6, with a full weekend of kids activities from Robin Hood Games to fancy dress parties, a special afternoon kids rave and even a kids protest. All Under 10s go free at No.6.

The acts will perform across the entire site, from the historic town hall to the Colonnade gardens, to the picturesque Estuary Stage and the promenade along the river, against a back drop of neo-classical architecture, sandy beaches and palm trees.