The Legendary Flaming Lips Closes Sold Out Festival No.6

news / The Legendary Flaming Lips Closes Sold Out Festival No.6 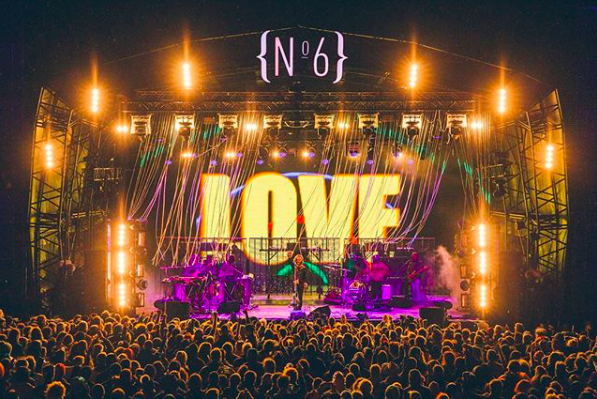 The sixth Festival No.6 came and went in a big blur of glitter, stunning performances and beautiful surroundings. Selling out days before the event the eclectic mix of music and entertainment provided something for every one of the 10,000 festivalgoers.

The critically acclaimed American rock band, The Flaming Lips brought the weekend of culture, music and entertainment to an end in a psychedelic filled, show-stopping performance with outfits and set changes leaving a true imprint of magic on the captivated audience.

The festival opened with a bang on Friday to the eclectic sound of Mogwai who took the headline spot on the main stage. With audiences on Saturday being stunned by impressive performances from Bloc Party.

Sat against the magical backdrop of Portmeirion, other highlights from the carefully curated line-up included A 50th year celebration of Sgt. Peppers and The Summer of Love with The Royal Liverpool Philharmonic & The Bootleg Beatles, The Cinematic Orchestra, Wild Beasts, Rag’n’Bone Man, Laura Mvula, Kate Tempest, The Cribs and Jagwar Ma.

The festival was certainly the most special yet with The Independent questioning, “is Festival No.6 the most instagrammable festival in the UK?”. We say it most certainly is!