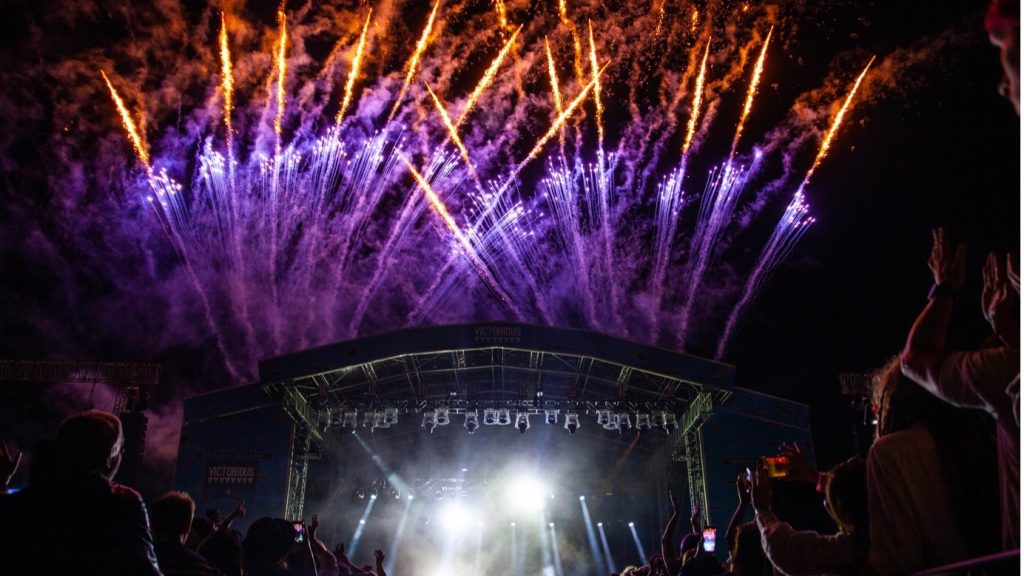 In another year of uncertainty, Victorious Festival 2021 was a wonderful celebration of both live music and community. Festival goers stepped inside the festival and cleared out the Covid cobwebs, singing, dancing and taking in the beautiful scenery of Portsmouth’s Southsea Common.

The first day of the festival was filled with indie classics from Feeder and The Kooks. After a day of indie anthems, trilbies and checked shirts swarmed the Common stage on the opening night of Victorious to revel in the ‘heavy heavy monster sound’ of Madness who took the festival ONE STEP BEYOND! In a triumphant return to live music, Madness were as cool and fresh as ever, inciting mass singalongs and wild dancing from the hordes of happy fans.

Saturday was warm and sunny with crowds gathering quickly to enjoy another day of fun at Victorious. In the afternoon, Craig David performed a set peppered with classic R&B and Garage bangers whilst Stockport outfit Blossoms breezed through their set with a polished set of indie anthems, a true highlight of Victorious Festival 2021.

The 2nd day of Victorious saw two heavyweights of British music dual headline the festival. While the late to the line-up Manic Street Preachers teared through anthemic rock hits such as ‘Motorcycle Emptiness’ and ‘A Design For Life’ at the Castle Stage, Mike Skinner and The Streets took to the Common stage in a set laden with garage anthems and cult classics from their 2002 debut album, ‘Original Pirate Material’. Crowd favourites ‘Dry Your Eyes’ and ‘Blinded By The Lights’ were met with wild cheers and singing as The Streets proved why they deserve a place in British musical history.

Sunday at Victorious had an eclectic mix of genres for crowds to sample from indie to pop and dance to disco. Mel C as vibrant and exciting as ever played to a packed crowd of fans at the Castle Stage teasing the crowd by saying, ‘bring back the Spice Girls, that's what I say’. Indie newcomers Fontaines D.C played a no frills post-punk charged set showing why there is such a buzz around the Dubliners.

To close, Victorious festival goers were spoilt for choice with an evening split between two incredible headline performances. The heavy hitting rock sounds of Royal Blood or the feelgood disco vibes of living legend Nile Rodgers and Chic. Both sets were worthy of closing such an amazing weekend which we think has been the best Victorious yet. Here’s to 2022!

The Carousel festival team managed over 200 press on-site and coverage is still coming in thick and fast. We also managed all on-site interviews with broadcasters and publications including Clash and multiple regional titles.