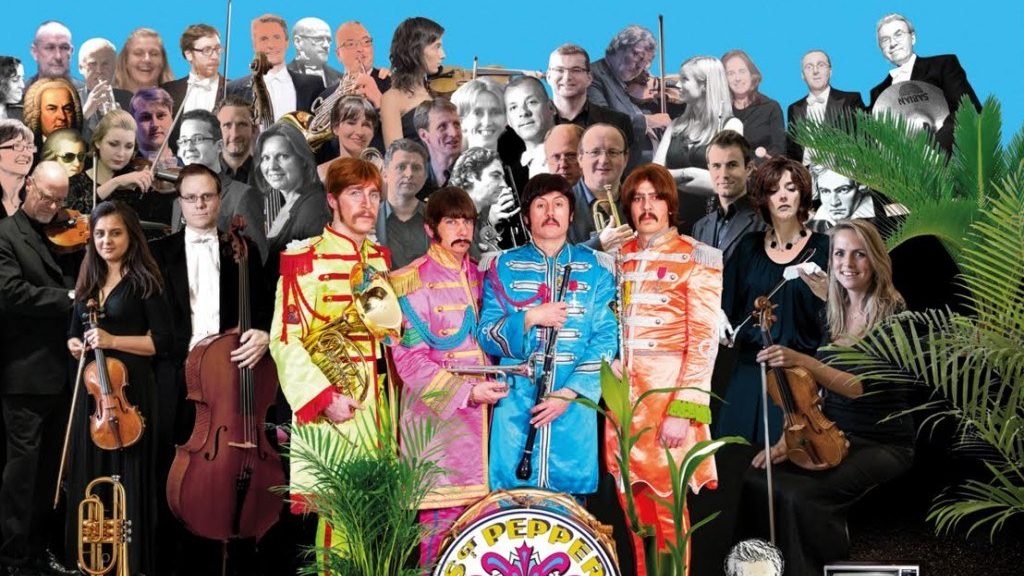 Culture Liverpool bring the highlights of their brilliant Sgt Pepper at 50 festival to No.6 for Sgt Pepper’s Sunday

To celebrate the 50th anniversary of Sgt Pepper’s and the Summer of Love, multi-award-winning Festival No.6 has announced that the final day of this year’s festival will become Sgt. Pepper’s Sunday, with a huge Sgt. Pepper’s themed Carnival No.6, pop-up immersive performances, live spectacles, installations, talks, screenings and Beatles surprises across the festival site, all inspired by the seminal album.

As well as the UK festival exclusive of the Royal Liverpool Philharmonic Orchestra and Bootleg Beatles Sgt. Pepper’s show, which last month sold out the Royal Albert Hall, No.6 has partnered with Culture Liverpool to bring some of the highlights of their critically acclaimed Sgt. Pepper at 50 festival to Portmeirion. There are also contributions from The Beatles Story and British Music Experience as Sgt. Peppers Sunday takes over No.6.

Sgt Pepper at 50 will bring amazing performances and art inspired by each track on the album to No.6, including With A Little Help From My Friends, a new work by Turner Prize winning artist Jeremy Deller, inspired by Beatles manager and friend Brian Epstein, who loved Portmeirion so much he had his own cottage in the village. Other highlights include For The Benefit of Mr. Kite, a No.6 collaboration between Sgt. Pepper at 50 and the John Cage Trust, creating Mr Kite’s Musicircus – a unique, audacious fairground ride of sights and sounds with 100 musicians and performers, while Within You, Without You sees Milapfest take over the Central Piazza to the sound of bhangra and sitars, highlighting George Harrison’s spiritual connection to India.

In the No.6 Academy, world-renowned producer Steve Levine will talk to British Music Experience head curator Kevin McManus about the incredible production work on Sgt. Pepper’s by Sir George Martin, who he first worked with 40 years ago. Also, the brilliant Dr Mark Vernon talks about The Philosophy of Friendship inspired by With A Little Help From My Friends and The Psychology of Love, based on All You Need Is Love (not on Sgt. Pepper’s, but released during the Summer of Love).

Other activity includes a Beatles Tour of Portmeirion, showing where George Harrison stayed when he had his 50th birthday party there, Brian Epstein’s old cottage and other Beatles connections to the village.

Also on this bill is an incredible Sgt. Peppers-themed Carnival No.6, (Being For The Benefit of Mr. Kite) offering festival-goers the chance to bring their own Sgt. Peppers themed costumes and join the carnival as it weave its way through the village to the main stage in time for the 70-piece Royal Liverpool Philharmonic and The Bootleg Beatles amazing performance of Sgt. Pepper’s in full, and The Beatles Story’s Liverpool Selfie Photo Board – choose your favourite Beatle, take a selfie and share across socials with a hashtag, #SgtPepper50.