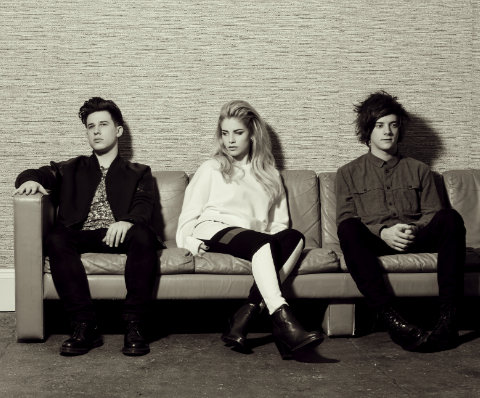 The first wave line-up for Festival No.6 was announced today. Full details can be found on the press release below. Please contact Jess, Emma or Gawen for more info, images and accreditation details.

The critically acclaimed Festival No.6 has today announced its first two headliners for this year’s festival – Beck and London Grammar, with a third headliner still to be revealed.

Festival No.6 is an intimate, bespoke banquet of music, arts and culture, taking place over the weekend of the 5-7 September in the magical village of Portmeirion, Wales, home of the cult TV series The Prisoner. With a final headliner, many more music acts, a huge arts and cultural line-up, new venues and new food area of the festival, featuring Michelin starred-chefs yet to be revealed Festival No.6 2014 is certain to be the most impressive to date.

Hot off the back of releasing his highly anticipated twelfth studio album ‘Morning Phase’, Beck will headline Festival No.6 on Saturday night. The album has received rave reviews across the board, with The Times giving it five stars and declaring it “A work of art” and Q magazine declaring “Beck has properly re-acquired his mojo”. Festival No.6 are delighted to host him to play one of just two festival performances across the season.

The past year has been nothing short of monumental for home grown success story London Grammar. Since the trio performed at last year’s No.6 and filled the main stage tent, the band have released a lauded Platinum selling album, been nominated for a BRIT and sold out gigs from Brixton to Brooklyn.

“It’s a real honour to play Festival No.6 again. Portmeirion is a beautiful and somewhat surreal location. We can’t wait to perform there again!”

After Chic were such a huge hit last year, No.6 is proud to welcome the Motown legends Martha & the Vandellas. Famous for a string of smash hits like ‘Dancing In The Street’, ‘Nowhere To Run’ and ‘Jimmy Mack’, Martha will bring her infectious hits to Portmeirion.

Also confirmed is the much respected Simon Green, better known as Bonobo, who will treat festival goers to the full Bonobo goose-bump inducing live experience on the main stage. Joining him is 90s pop icon Neneh Cherry who recently released her first solo album in 16 years, and will be playing with Rocketnumbernine.

Headlining the electronic side of proceedings will be the mighty mutant house maestro, Julio Bashmore, who will be joined by two other headliners yet to be announced. Other DJs already confirmed include No.6 stalwart Andrew Weatherall, Danny Krivit, Michael Mayer, Justin Robertson, Ewan Pearson, Prosumer, Ashley Beedle, Unabombers, Low Life, Aficionado, Joe Boyd and the wonderful Awesome Tapes From Africa.

“We cannot wait for the third year of No.6. The line-up is already extremely strong and we’re very excited to have booked truly iconic artists like Beck, who was very keen to play Festival No.6.

“We’ve also got a stronger DJ line-up than ever demonstrating that the event is growing from strength to strength. This is only the first line-up announcement and there’s plenty more to come. We’re excited to make this year the most impressive yet.”

The music acts will be performing across the entire site, by the whimsical Italianate architecture of the village, the historic town hall, piazza, Bristol Colonnade, the picturesque Estuary stage and the promenade along the River Dwyryd.

Constructed between 1925 and 1975 by maverick architect Sir Clough Williams-Ellis, Portmeirion is a wonderfully bizarre and elaborate interpretation of a Mediterranean villa, couched in the waters, mountains and forests of North Wales overlooking the rolling estuary waters of the Irish Sea.

The arts and culture line-up will be announced shortly and will also be the most exciting to date, with some very special guests in the pipeline. Attendees will get the chance to enjoy talks at the piazza, cinema screenings, secret parties, interactive theatre and more.

The bar has also been raised on the food and drink options that will be available at this year’s festival, so watch this space for some very exciting announcements, including Michelin-starred chefs and very special guests.