Last month, we celebrated the launch of Rainbow Surprise Dolls by hosting an exclusive Poop-Up Boutique event at Ice Tank in London. 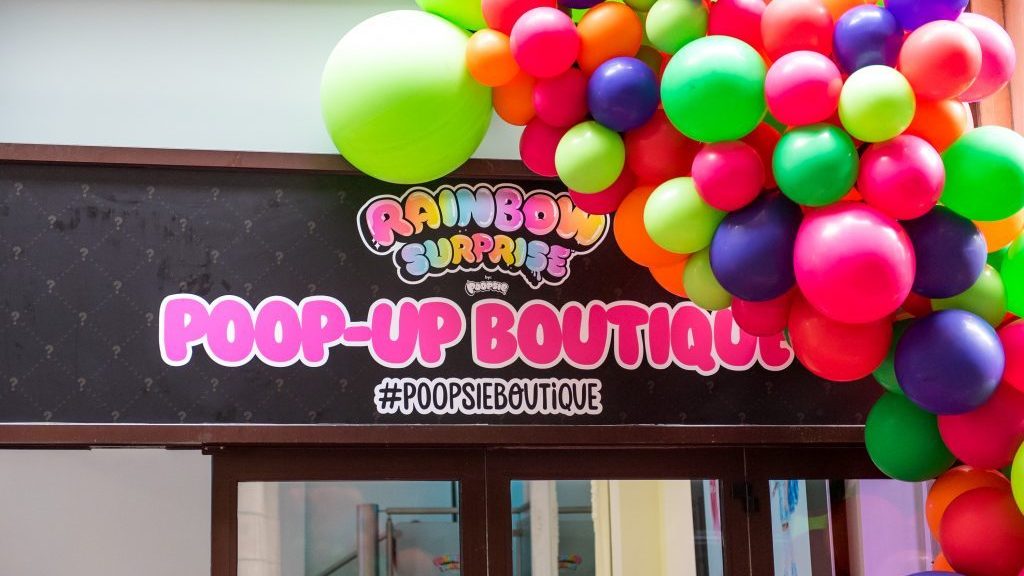 The objectives were to generate awareness and introduce the new Rainbow Surprise Dolls to press, influencers and celebrities. Our guestlist of over 100 attendees included Ryan Thomas, Lucy Mecklenburgh and Imogen Thomas, alongside high-tier influencers including Fashion Laerta and San for Short, as well as national journalists from titles including The Sun, The Sunday Times and Red magazine.

Guests had the chance to experience the full boutique experience with a glitter hair and make-up station, a 180-degree photobooth, a slime-making station and rainbow-themed food!

The launch was a huge success, with coverage reaching over 25 million, whilst the Carousel-managed live social media feed on the day resulted in over 3,800 Facebook story views and over 140 social media posts.

Get in touch now to learn more about event services.