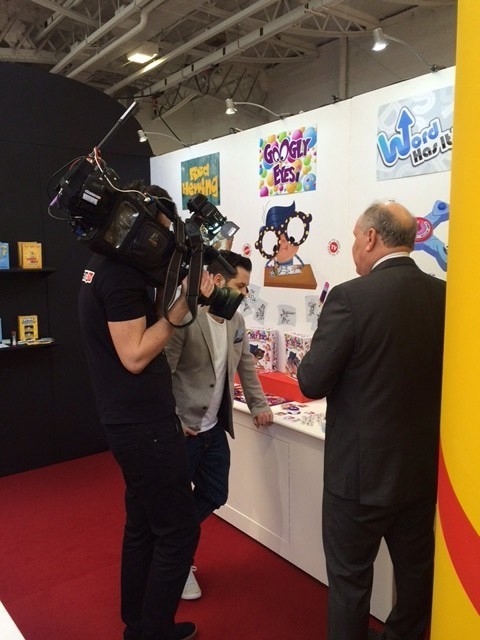 This week, the University Games team took to London’s Olympia for Toy Fair 2016.

University Games – the home of family board games – showcased their wide collection of family classics such as Pointless and 5 Second Rule, as well as hilarious children’s games, Seagull Splat and Bunny Jump. Their exciting new releases for AW16 were tried and tested throughout the event and were given a thumbs up by press and buyers.

New games on show included Red Herring, the word definition game with a twist, and the furiously fast Word Has It game. The game creating the most laughs over the three days was the hilarious drawing game Googly Eyes, which includes a pair of zany, vision-altering glasses!