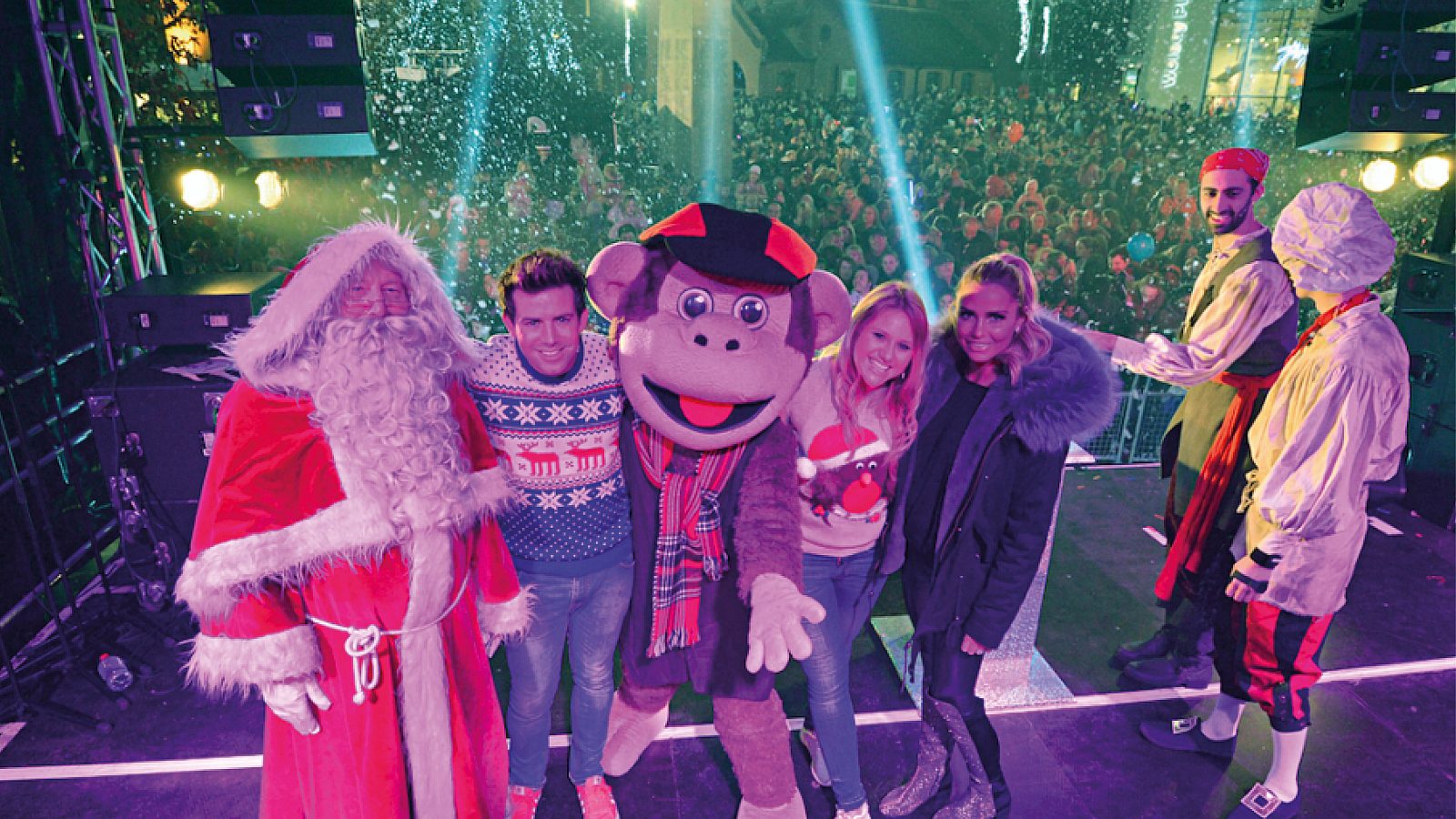 The Wicked Fairy from the New Victoria Theatre’s rendition of Sleeping Beauty, Katie Price, along with a handful of children’s television and Christmas characters, officially launched Christmas at Woking Shopping by pressing the big button for the Christmas lights.

The family event which started at 1.30pm at Woking Shopping’s Jubilee Square featured a total of 16 different acts leading up to the big switch-on at 7pm with over 60 individual performers.

Alongside Katie Price aka The Wicked Fairy – Peppa Pig and family Father Christmas, Channel 5’s Milkshake, Swashbuckle and an assortment of Christmas characters.

The event attracted thousands of families keen to join in the festivities and see their children’s favourite TV characters along with The Wicked Fairy.