Carousel Picks Up PRCA Award For Best Use Of Media Relations 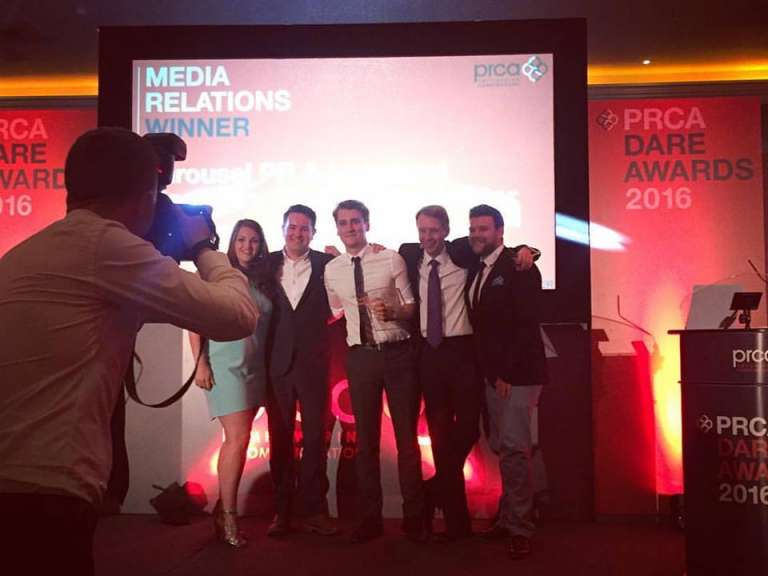 Last night Carousel scooped the award for ‘Best Use of Media Relations’ at the PRCA Dare Awards. The campaign ‘Carousel builds excitement around debate’ used creativity and targeted media relations to maximise PR opportunities surrounding the 2015 leader’s debate – high jacking headlines with a lego mini figure prop of the TV set and taking it to the captive media at MediaCity keen to talk about something in the run up to the event – the prop was featured of five national TV news channels each crediting Legoland Discovery Centre and mentioning a second set was on display. In between interviews various MPs used the prop to share pictures with it on social media, taking advantage of the high reach of people following the leader’s debate hashtag. The story was also hugely successful in print and online too with pictures of the set featuring in various national publications.