Lockdown 1, Tier 3 and Everything In Between - Life didn’t Stop at Moda Angel Gardens! 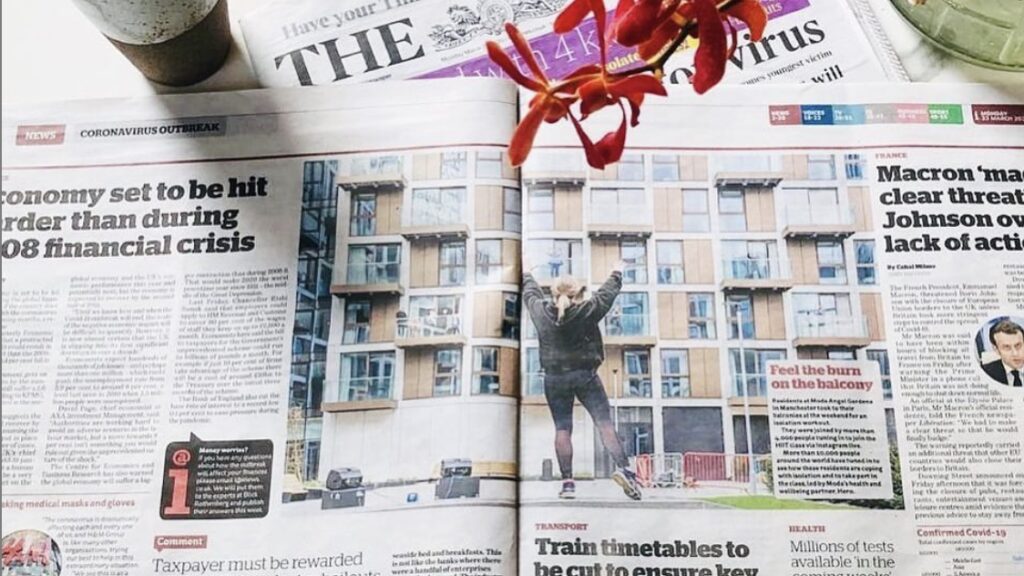 We were tasked with keeping the momentum going in 2020. With penthouses to launch, amenities to showcase and apartments to let there was plenty to talk to about but with all campaign plans cancelled due to Covid restrictions, we needed to get super creative.

In March 2020, when lockdown was first announced, residents at Moda Angel Gardenss took to their balconies for an isolation HIIT workout led by Moda’s health and wellbeing partner Hero. Streamed on Instagram Live in partnership with Manchester’s Finest, an additional 4,000 people tuned in to join the workout from their own homes. The content has since been watched by over 14,000 people around the world – an incredible success for a campaign that took less than 24 hours from conception to delivery.

For the month of September, the penthouse apartments at Moda Angel Gardens played host to Manchester’s highest dining venue as the team from Higher Ground took residency for a series of unique supper clubs.

At 100m high the pop-up was Manchester’s highest dining venue, as the Manchester Evening News headline pointed out, it was even higher than 20 Stories and offered incredible views across the city and beyond. Guests, who were offered a table for two within households/bubbles, were given a one-off chance to dine in this stunning setting, capture what has become one of the most iconic shots of Manchester and enjoy a four-course meal using fresh Northern produce with a special selection of paired wines.

The pop-up also hosted the press launch for the Manchester Food and Drink Festival and a number of the city’s media and influencers attended generating a total reach of over 30million. In addition, content generated from the pop up, saw Moda Angel Gardens hit Instagram feeds with force. Shots taken by Christian James and Louis Cannell captured the most iconic view of the city (a shot you can only get from our penthouses) that has since been reshared by sites, brands and individuals all over Manchester and beyond.

In late November, we invited the whole of Manchester to join Moda’s Big Night In (from the comfort of their own homes!).

The evening kicked off with everyone enjoying drinks from bars across Manchester, including Albert’s Schloss and Crazy Pedros, delivered by The Drinks Drop.

Participants then took to the kitchen with Mughli who gave the Moda family a sneak peek of their new cook at home kits. From tasty butter chicken to onion bhajis from scratch; a delicious feast was cooked up in kitchens across the city.

With no good night complete without entertainment, things stepped up a gear by opening live music venue One Eight Six for one night only. Dean Mac and The Sublime Seven put on a live band set, performing Motown and RnB classics that had everyone dancing round their living rooms like it was, well anything but 2020!

Despite all the restrictions 2020 put on us we managed to keep comms thriving for Moda Angel Gardens. Between launching the penthouses, highlighting the amenities and showcasing the services and lifestyle, we managed to hit media with all the key messages. With coverage in all of the key regional titles, some nationals and on various influencer channels the message was clear – Moda Angel Gardens is the place to live in Manchester!

Contact us to find out how we can help with your COVID PR & Social campaigns.

EasiYo is a stylish ‘make it yourself’ yogurt maker which first launched in New Zealand over 20 years ago. It is a highly popular household item overseas and makes delicious vegetarian and gluten free yogurt.

Creating a Street Party Fit for a Queen at the Refuge

Move over plastic garden chairs and soggy sausage rolls and enter a British party with a true Refuge twist.

A Night at the Theatre: Launching Moda New York Square in Leeds

To unveil Moda’s latest build-to-rent neighbourhood, New York Square, we offered the media a theatrical first look at the new property, whilst celebrating the development of SOYO (South of York road) as the heart of Leeds’ cultural quarter.