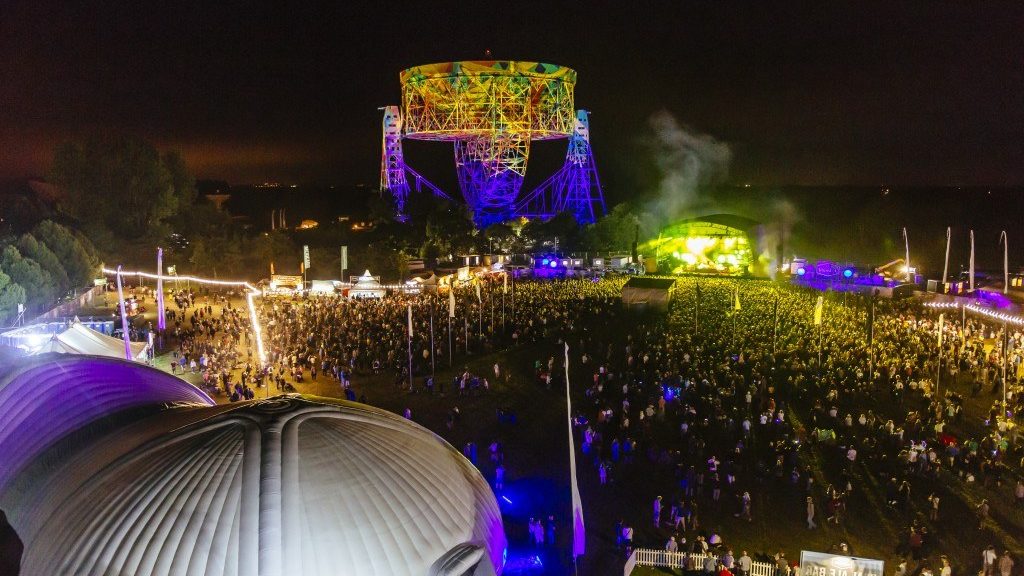 At the weekend science met music, as over 15,000 revelers descended on Jodrell Bank observatory, for the all-new bluedot festival.

The Carousel team were there in full force, taking care of the onsite Press Office, after supporting ticket sales with national and regional pre-event coverage. From a BBC News interview with Jean-Michel Jarre, to an Aiden Byrne interview with Liverpool Echo, over 80 pieces of coverage were generated in July alone.

With over 200 journalists and photographers attending, it has been a very busy weekend for Team Bluedot, who are still talking about the Lovell Telescope display.

We thought the festival was amazing, and while some might say we’re biased, we’ve got a pretty awesome Guardian review to prove it: https://www.theguardian.com/music/2016/jul/24/bluedot-festival-review-jodrell-bank-observatory-underworld-jean-michel-jarre