Kylie Jenner Vs. The Egg

news / Kylie Jenner Vs. The Egg 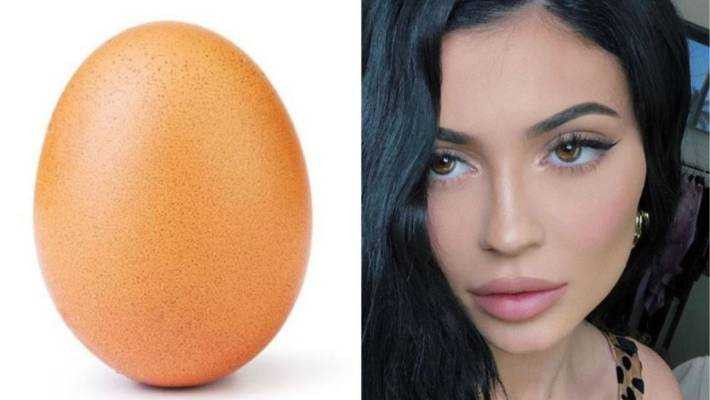 Until last month, Kylie Jenner, aka the Queen of Instagram, held the record for the most liked Instagram Photo– having received 18.7 million likes for the first photo she shared of her new born baby Stormi. Beyoncé had also been in the running – with the photo in which she announced her pregnancy getting over 11 million likes.

However, now there is a new contender… meet Eugene the egg.

In January this year, marketing executive Chris Godfrey set out on a mission to get more likes on a photo than Kylie Jenner. And so he created Eugene – whose sole purpose (or so it seemed) was to get a record number of Instagram likes. The picture just featured an image of the single egg on an account entitled @world_record_egg.

It only took nine days for Eugene the Egg to beat Kylie Jenner’s record by gaining an incredible 52 million likes, giving it the title Instagram’s most liked photo EVER. The account now has more than 10 million followers.

Since then, Godfrey has truly harnessed the power of this little egg; he has used Eugene to promote mental health issues and how the pressure of social media can make you, too, feel as though you are cracking. A video of the Egg cracking was published, informing viewers that there are many people out there who are willing to listen and including details of health services around the world.