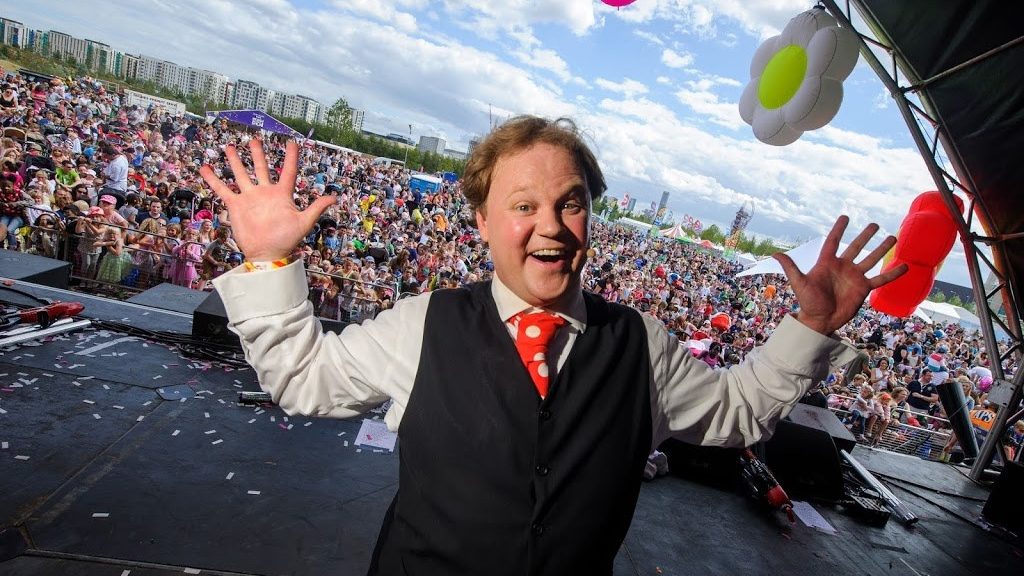 LolliBop, the UK’s biggest kids festival, has announced it’s most exciting line-up to date with CBeebies Superstar Justin Fletcher headlining on Saturday and Sunday and Mister Maker taking over the main stage on Friday.

The event, which this year takes place at Hatfield House, August 15-17, also welcomes stars of CBBC’s Big Friday Wind Up Sam & Mark to LolliBop for the first time.

Other LolliBop ‘newbies’ include Thomas & Friends with a bespoke interactive play experience created especially for LolliBop, Chris & Pui with their Mini Roadshow, Scooby-Doo! The Mystery of the Pyramid, Cook and Line from Swashbuckle (Fri & Sat only) and Michaela Strachan’s Really Wild Adventures Show.

LolliBop is delighted to announce it’s first ever Disney experience with the Disney on Ice: 100 Years of Magic present a Silent Disco!

Creative kids are invited to Join In with Southbank Centre, in a brand new space for Lollibop 2014. Whether you love, drawing, playing, singing, dancing or creating there is something for all under 10s and their families to enjoy. Southbank Centre is a world-famous arts centre on the South Bank of the Thames, with art and activities inside and out that encourage everyone to become involved in the arts in new and creative ways. At Lollibop there will be music, dancing, fashion shows, DJs, Pirate school, den making and plenty of takeaway crafts

The ever-popular Skylanders returns to LolliBop to launch the fourth installment of its award winning franchise – Skylanders Trap Team™. Kids can expect the opportunity to play the brand new game before it’s released later in the year.

Making the most of the fantastic gardens and woodlands at Hatfield House, National Geographic Kids have planned a Woodlands Takeover, with engaging activities including games, prizes and exploring natural habitats!

With more acts and activities still to be announced, LolliBop truly is the biggest day out for kids this summer!

Situated in Hertfordshire, just off the A1 with plenty of parking or a short 22 minute train journey from London Kings Cross, the stunning country house and gardens of Hatfield House offer an incredible array of spaces to host LolliBop’s vast activity and entertainment programme.

Festival Director Gareth Cooper said: “For a family destination, Hatfield House can’t be beaten. The setting is breathtaking – with stunning gardens, lush green areas and a woodlands just waiting to be explored – it’s allowed us to open our imaginations and programme an event like never before.

“The 2014 lineup is jam packed with big names for the main stage, alongside an unprecedented number of live theatre performances; sporting activities; creative workshops; nature talks and brand new areas and acts, never before seen at LolliBop.”

With good motorways links, extensive on site parking and just a five minute walk from Hatfield train station, LolliBop 2014 is more accessible than ever before.