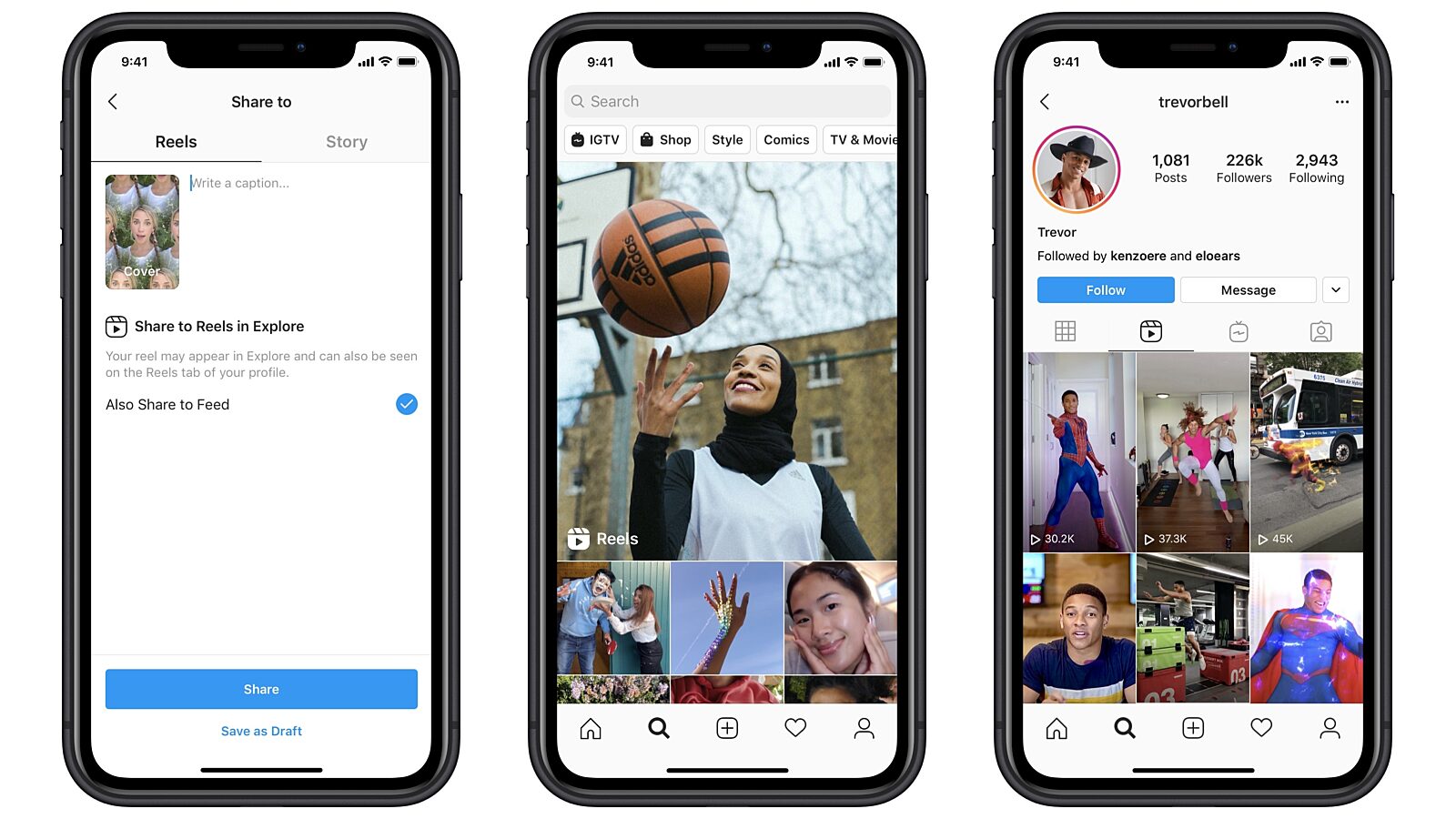 Reels landed on Instagram last week, going head to head with global sensation TikTok’s signature video clip format. This comes immediately after the USA announced an incoming ban on using the app unless Chinese parent company ByteDance can find a US buyer, with Microsoft and Twitter both rumoured to be in talks.

Reels is a new content format which allows the user to create and share a short, fast-paced video which can be posted to a new dedicated section of the platform. The format lives alongside stories meaning you can use the same effects, texts and covers on whichever video you chose to make.

The feature was much anticipated after being tested in multiple countries since November, and with President Trump’s ban coming down heavy on TikTok, Instagram and Facebook stepped up to take the baton on the same day with this rival video format. Though Instagram has not yet published usage statistics, it would seem from usage patterns and the response from the community that uptake in the first week hasn’t been as record-breaking as Instagram would have hoped. Many creators have called the feature ‘underdeveloped’ compared to TikTok, which has now been downloaded over 1.5 Billion times making it the 7th most downloaded app of the 2010s.

The creation process for Reels is similar to that on TikTok, though perhaps not quite so intuitive. You can repurpose old video footage and cut it to your needs or simply film as you go. TikTok allows you to save videos to drafts that aren’t finished, which is a benefit for creators compared to Instagram’s usual process where content needs to be completed in one session without leaving the app.

We took on the task of trying the new feature out, here’s what we found –

- Unless something is the last clip you’ve filmed, you can’t go back and remove it from the whole video or crop the length. This inflexibility means filming and editing outside of reels before uploading might be preferable for some brands.

- You have to choose your filter before you film the video (though filming without a filter and editing lighting in other video apps is an option), which is the same as with Instagram stories, so choose wisely!

- Your video can only be 15 seconds as opposed to TikTok’s 1-minute option. This is interesting as it means there isn’t too much differentiation between reels and Stories.

- Adding text is quite fiddly and requires patience!

- You have to put your video together in one go, if you’re working a live event this could prove difficult to use the other features the app offers. We’d suggest saving your clips, cropping to your preference and then reuploading to edit your reel

- There isn’t a mute button for music on your already filmed videos, so this would need to be done in other editing programs to avoid chopping in and out of different audio

- Access to music is limited for brands, likely due to licensing agreements, which is a shame as it’s one of the main draws for consumers, and TikTok at least offers a commercial music library for verified business users

A study has already shown the biggest TikTok stars reportedly do not expect to make the switch to Reels but intend to repurpose videos from TikTok, with TikTok watermarks still dotting the upper left-hand corner of reel after reel. For these creators, with two advertising platforms at their disposal and one piece of content that works well for both, it’s a no-brainer to tap into both.

Does this initial reaction mean Instagram may have lagged a little bit too long in releasing this feature and preventing TikTok from becoming the number one platform for influencers? Potentially. If anything, politics seems to be a bigger hurdle for TikTok at the moment than copycat features, and whether it finds a US buyer before Trump’s September deadline could prove decisive.