The second largest shopping centre in the UK, intu Trafford Centre is the home of shopping in Manchester. 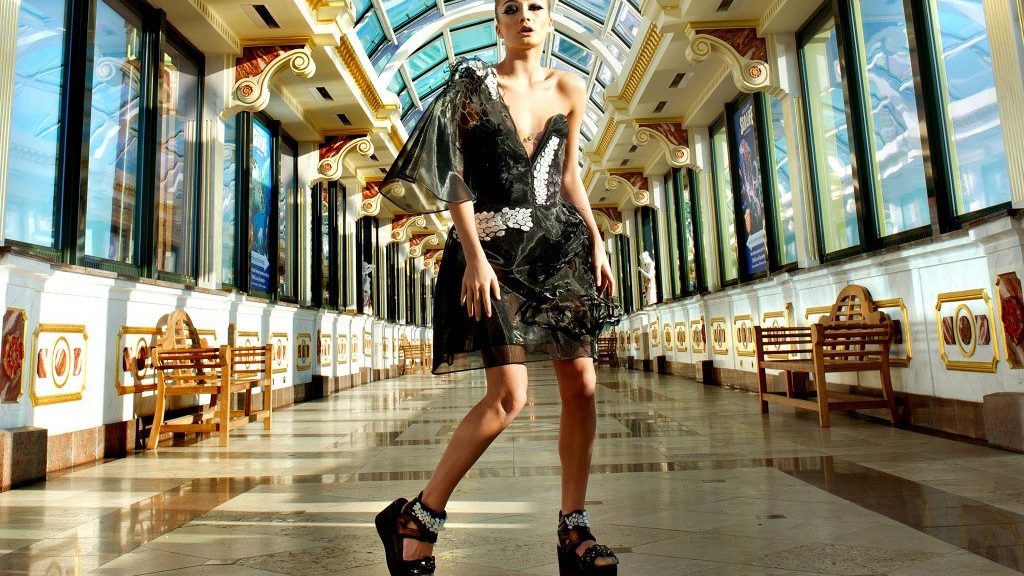 Already firmly established as the place to shop in the region, intu Trafford Centre wanted to extend its reach into the fashion pages of national newspapers with a stand out fashion moment.

To create the world’s most innovative dress, the intu Little Black Graphene Dress. This high fashion, statement dress used Manchester’s noble prize winning material Graphene to couture like never seen before. Featuring smart technology and interpreting the model’s breathing pattern thanks to a graphene sensor, people could see how the model was breathing thanks to a transparent graphene circuitry and an LED.

The dress was unveiled the world’s press include live TV, national papers and picture agencies on the Mall in the shopping centre with spokespeople telling the story about Manchester’s wonder material and wonder dress.

The dress was a worldwide hit with coverage reaching ABC and CNN as well as The Telegraph, Guardian, Independent, Metro, Sun and Daily Mail.

Beyond just coverage, the dress has become a showcase piece for British innovation and has since been on a tour with the UK Trade Department in places as far away as Kazakhstan and is also being used as part of the UK’s ‘Great Britain” campaign showcasing “Great Innovation” with posters in government buildings such as embassies, town halls and houses of parliament.

Creating a Summer Garden at The Bentall Centre

The Bentall Centre, Kingston is home to over 75 stores, including & Other Stories, Apple, Cos and Bentalls (Fenwick)

A Night at the Theatre: Launching Moda New York Square in Leeds

To unveil Moda’s latest build-to-rent neighbourhood, New York Square, we offered the media a theatrical first look at the new property, whilst celebrating the development of SOYO (South of York road) as the heart of Leeds’ cultural quarter.

Box on the Docks: How We Embraced Social Distancing To Launch an Outdoor Dining & Arts Experience During Lockdown

Box on The Docks was launched in July 2020 in Salford’s MediaCityUK to support both local hospitality businesses and self-employed creatives during the pandemic by creating a unique, socially distanced dining experience which doubled as a piece of public art.