Ten years ago this month, Carousel was born. 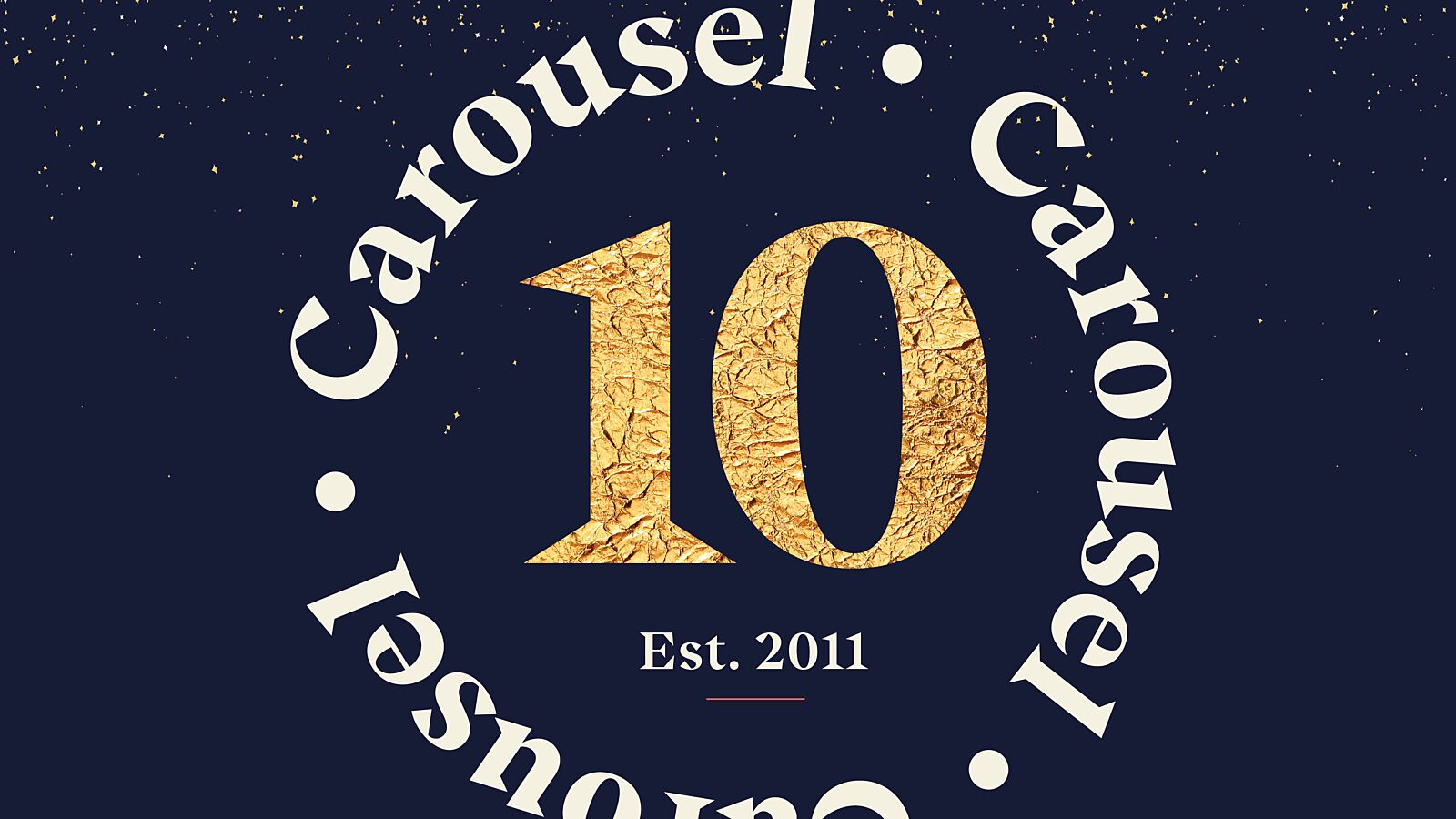 After a thousand pub conversations, late nights and much hand wringing it was happening. We were doing it. We had a name, we had a client and we had a kitchen table that was buckling under the weight of hand-stuffed press mailers.

This was it. Our own agency. Excitement and determination just edged anxiety and dread as we ploughed ahead with our five year plan (we didn’t have a five year plan. Who has a five year plan?) What would the future bring? Would we ever have client number two? When could we have an office and a coffee machine?

Fast forward ten years and here we are, older, wiser but still as excited and determined as we were in 2011. And with a five year plan. So much has happened in the ensuring years that we could fill volumes (Covid merely gets a mention here but no more. It’s spoiled enough, it doesn’t get to be part of our anniversary story).

We’ve worked on award winning festivals home and abroad from Austria to Puerto Rico, promoted the biggest toy brands in the world including Bratz, LOL and Little Tikes (did you know Little Tikes Cozy Coupes outsold Ford Fiestas in 2019??) We’ve launched Orbital into space and we’ve carried Victoria Beckham’s Uggs. We created Manchester’s highest restaurant for Moda and we’ve skied with Eddie ‘The Eagle’ Edwards. We got the world to sing Wannabe and we produced the world’s first graphene dress. We’ve also won multiple industry awards for creativity. We even won a Guinness World Record for the biggest toy unboxing at Camp Bestival.

Despite all of that our proudest achievement is the team. Carousel is an incredible place to work because of the people that work here, the people that make it fun, that boggle our minds daily with their creativity, passion and tenacity, the people that support each other, push us forward, make us better. To all the Carouselers past and present we salute you. You’ve made Carousel what it is today and what it will be in the future. Here’s to the next ten years and beyond.